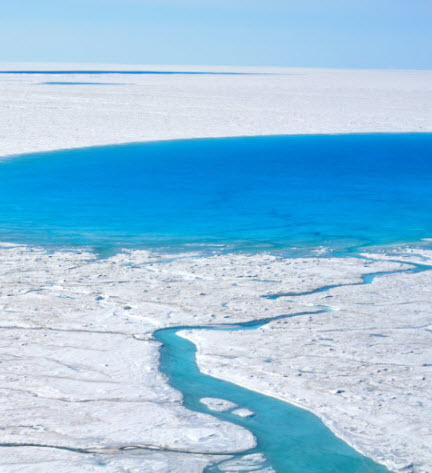 Scientists from the Woods Hole Oceanographic Institution and the University of Washington have revealed how cracks form in glacial lakes, leading to the intense drainage of billions of gallons of water in very short amounts of time.

According to a WHOI press release, the researchers went to the south of Greenland to record a series of massive draining events over three years. They used GPS technology to understand how the water in the lakes shifted over time, just before they burst.

They found that water finds its way into moulins, pathways that cut through from the surface of the ice sheet to the floor. If the moulins become clogged by the influx of water, they create a bulge below the surface. The bulge then increases in tension until the pathway cracks, causing massive glacial slips. This process is called a hydrofracture.

Lead author of the study, Laura Stevens, said hydrofractures can only occur if there is both tension and an influx of water flow. This finding will help future scientists understand why hydrofractures occur in some lakes and not others.