Not a Drop to Drink: Plastic Pipes Leaching Chemicals Into Drinking Water 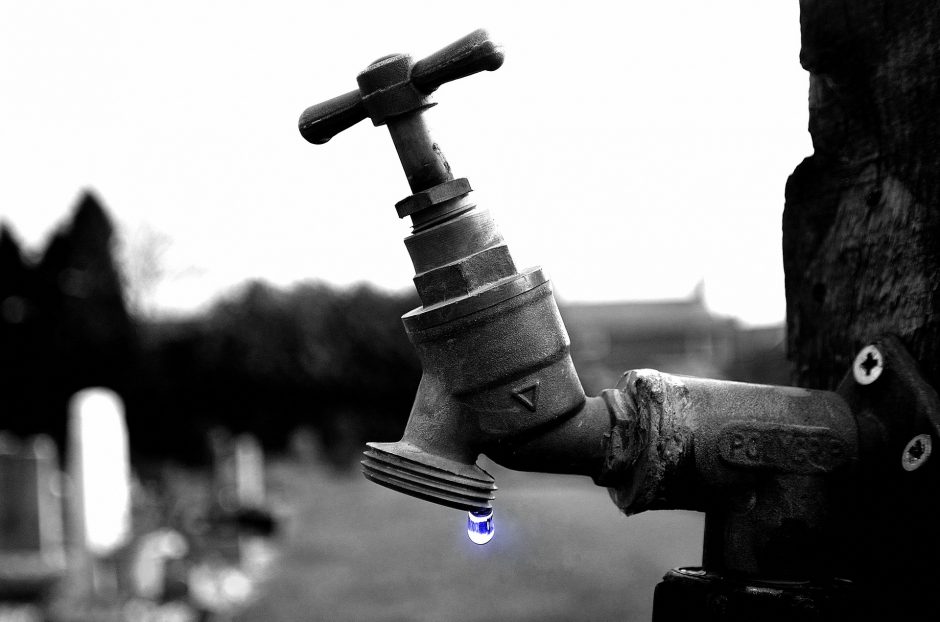 American concerns about drinking water are reaching critical mass. In March 2017, Gallup found that water pollution worries among Americans were at the highest they’d been since 2001, with 63 percent indicating they worry “a great deal” about pollution of drinking water, 57 percent worrying at that same level about the pollution of the waterways, and low-income and non-white Americans feeling more concerned about water pollution than their more economically advantaged, white counterparts.

In May, another study was conducted by Nestle Waters, “Perspectives on American Waters.” These findings were even more dramatic: two out of three Americans—a supermajority—think their community is vulnerable to a water crisis; a majority of the public, 59 percent, believes the US needs a significant water infrastructure overhaul to avoid future water crises; clean drinking water is more important than clean air to 87 percent of Americans (and 94 percent of experts); and the public and scientists working in water resources agree that climate change will have more of an impact on access to clean drinking water in the future.

The American Water Works Association found in 2012 that it would take an infrastructure investment of at least $1 trillion over the following 25 years to simply maintain the level of water service that was in place at the time of the writing for the population of the US as it was projected to grow. It’s well worth noting that this was before the eruption in Flint, Michigan.

Disturbingly, the fears Americans are harboring appear to be borne out to some extent. An August investigation of statistics from the Environmental Protection Agency (EPA) revealed that at least one-fifth of all Americans, about 63 million, have already been exposed to water that was potentially unsafe at least once over the past ten years. Many of these exposures came right through the taps in peoples’ homes. And while most people think of external dangers when they consider potential sources of water contamination, for large numbers of Americans, the danger could be closer to home.

Dr. Andrew Whelton, a Purdue University assistant professor at the Lyles School of Civil Engineering and Division of Environmental and Ecological Engineering, has focused his research on the safety of plastic pipes since 2014. He has expertise in analytical chemistry, food science, nano-engineering, and polymer science. How many Americans does he believe are at risk from aging pipes?

“All of them,” Whelton answers simply. “While Americans live and work in certain parts of the country, they travel, visit family, friends, and others in other locations.” Why is our plumbing harming us? (Credit: Andrew Whelton.)

Pipe wars in the United States

Sewage ran raw through streets until the 1800s in the US, so any plumbing felt like—and was—a vast improvement. First wooden pipes were used, and then cast iron. Indoor plumbing wasn’t developed until the middle of the century, and at that point lead pipes made their first appearance, sometimes lined with tin.

Most cities began to move away from lead piping by the 1920s as its extreme toxicity was understood by that time. However, national plumbing codes continued to approve lead pipes well into the 1980s, and the solder used on plumbing pipes, including those that carried drinking water, contained lead until it was banned in 1986. Almost all houses built before this time still contain lead solder, even if the pipes are copper or some other material. And some major US cities, mostly in the Northeast and Midwest, including Detroit, still have lead pipes in their infrastructure.

No wonder the construction and plumbing industries, not to mention materials scientists, chemists, and policymakers, have been eager to find new materials for pipes that deliver drinking water into homes, schools, and businesses. Copper has long been regarded as a safe standby, and everyone knows how to work with it. However, it is costly, vulnerable to corrosion and bursting in cold weather, and must be separated from other metals, so plastics have been developed to compete with copper pipes.

PEX pipes, which are crosslinked polyethylene, have arisen as one of the top contenders. Its use in construction, both residential and commercial, is now widespread. PEX has even gained the “Green Building” seal of approval; you can take a “Commercial PEX-a Plumbing Systems” course through the US Green Building Council website, for example. PEX is used in medical applications and is resistant to high and low temperatures, scale, and chlorine. PEX pipes also require less energy to manufacture, allow fewer heat losses and are therefore more energy efficient, and avoid the corrosion issues copper faces, meaning they may last longer.

Cost is the greatest driver of the pipe wars. The varieties of pipes approved for both hot and cold use include copper, polypropylene (PP), chlorinated PVC (cPVC), and PEX. As of 2013, copper pipes cost about $2.55 per foot, while PP cost $0.94, cPVC cost $0.53, and PEX came in lowest at $0.48 per foot. Installation costs are typically about $4-$5 per foot, so saving more than $2 per foot of pipe is significant.

However, Dr. Whelton’s research seems to suggest that PEX may not be the innocuous alternative it seems to be. In fact, Whelton and his team have found that at least six brands of PEX pipes and a PEX-a green building plumbing system have impacted both the chemical and odor quality of drinking water. As cities and individual property owners work to replace dangerous lead pipes and old, corroded copper pipes, PEX pipes are used more and more—not to mention their place in green building circles. Dr. Whelton has focused his recent work on PEX piping in particular, funded in part by the National Science Foundation and in part by a Plumbing Safety grant from the EPA, to ascertain whether this course of action is truly alleviating the danger.

“The most recent testing focused on plastic pipes acting as a site where heavy metals can accumulate,” Whelton explains. “Simply removing metal pipes from a building (or water distribution system) may not necessarily remove an existing heavy metal drinking water problem.”

The pipes had their own problems, as well.

One of Whelton’s research studies, published in 2014, was the first US study on the effects multiple PEX pipes have on the quality of drinking water. The team investigated tap water quality in a new PEX plumbing system, and examined the odor quality and chemical impacts of six PEX pipe brands (more than 70 have been certified by the IAW NSFI/ANSI Standard 61 as safe for drinking water). Whelton and his team discovered eleven PEX-related contaminants in the plumbing system: one, toluene, was regulated, and several were unregulated, including resin solvents, manufacturing aides, initiator degradation products, and antioxidant degradation products.

For 30 days, the team monitored new PEX pipes, both with disinfectant (chlorine) and without disinfectant, for water chemical and odor quality. Over that course of time, both odor and total organic carbon (TOC) levels dropped for all of the pipes. However, odor levels remained higher than levels recommended by the EPA. The observed odors were not caused by known sources, methyl-tert-butyl ether (MTBE) or ethyl-tert-butyl ether (ETBE).

In all, 16 organic chemicals were identified, including 2,4-di-tert-butylphenol, methylene trichloroacetate, pyridine, and toluene. The team detected some of the organic chemicals during their field investigation of the plumbing system. Whelton and the other researchers concluded that users should flush out pipes before using them, because they are not cleaned sufficiently before they’re used by consumers.

Tasha Stoiber, a senior scientist at the Environmental Working Group, comments on the potential for ongoing risks after the pipes are flushed and long-term exposure to PEX pipes.

“We don’t have clear answers here yet as there are not a lot of long-term data,” Stoiber explains. “From Dr. Whelton’s studies, chemicals were still leaching from some PEX pipes after 30 days leading to measurements above EPAs odor threshold and with similar findings in field studies from samples from homes where pipes were 1 and 2 years old. It’s also difficult to characterize the risk, because many of the leaching chemicals measured are unknown.”

Right now, many Americans are struggling just to get water that’s drinkable from their taps. Whether by PEX or another material, it’s likely that they would prioritize replacing their lead-contaminated pipes above most other concerns. However, the real takeaways from Whelton’s research are not so much for consumers, but for pipe manufacturers, according to Stoiber.

“I think the top takeaways from the blog piece were that more transparency and testing should be required from pipe manufacturers,” Stoiber clarifies. “No federal testing is currently required. And regarding the testing that does happen, it should be reflective of real-world conditions, and the results should be made public. PEX pipe leaches chemicals and it varies considerably between the type, brand, and sometimes even between the same brands—so it is difficult for consumers to weigh the risks.”

Meanwhile, Dr. Whelton and the Purdue Center for Plumbing Safety will continue to conduct research on water safety that affects Americans. Hopefully their work will shed light on workable answers for those of us most in need.