Ocean Plastic Levels May Be Underestimated 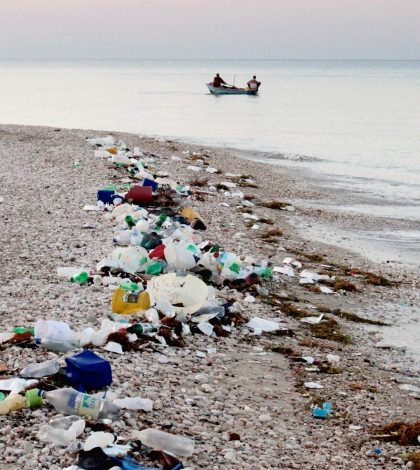 Oceanographers studying plastic in the world’s oceans commonly go to one of the five gyres and sample the plastics there using a surface tow net. From there, they predict what ocean plastic levels are worldwide. But this approach may not yield the most accurate results, according to a researcher from the University of Delaware, because its focus is on the surface.

With this thought in mind, he worked with collaborators at the University of Washington and Woods Hole Oceanographic Institute to model the effects that winds and waves could have on ocean plastic. The results of that effort indicate that the amount of plastic thought to be in the world’s oceans may be underestimated.

The findings are published in the Journal of Physical Oceanography.