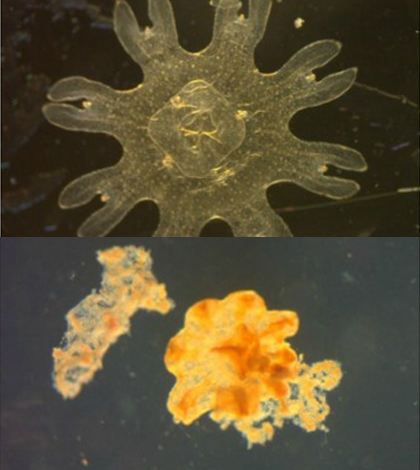 Scientists learned a lot from the Deepwater Horizon oil spill, both directly after the blowout and through the years that have passed since. In a recent example of yet another discovery made from the disaster, researchers at Florida International University have found that the dispersants used to treat the slicks were harmful to jellyfish when combined with the floating crude.

To make the find, FIU scientists exposed jellyfish to several treatments to see how they did. In the presence of just oil or only Corexit9500, a dispersant, researchers saw that there weren’t many unexpected effects. But when the two substances were combined and used in testing, the jellyfish began to feel impacts in terms of mortality as well as physical and behavioral changes.

Scientists at the university say that most other organisms used in testing the toxicity of crude dispersants are creatures like shrimp and fish and that jellyfish often get overlooked. The suspicion is that jellyfish aren’t often seen as important ecologically for the areas they inhabit.