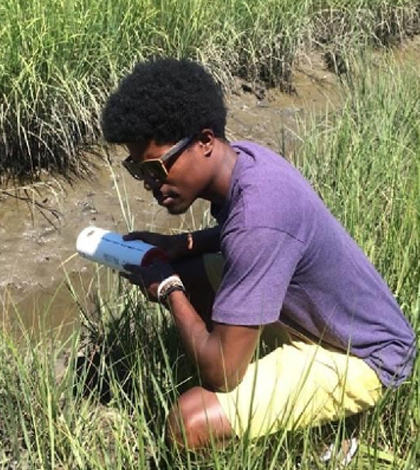 Kersey Sturdivant deploying the openCTD in an estuary. (Credit: Oceanography for Everyone)

A few years back, we covered the OpenCTD project that was aiming to make a smaller, more affordable version of conductivity, temperature and depth (CTD) sensors for citizen scientists. Now the open-source CTD has advanced to the point that everyday folks can build one on their own, according to Deep Sea News.

CTD sensors are some of the most common tools used in water quality studies but they can be very expensive, which discourages their use on a broad scale. With the OpenCTD now at a phase that researchers can build their own, the doors are opening to more low-cost data collection by citizen scientists. The materials needed to build the sensors are estimated around $200.

A build guide for the OpenCTD is published on GitHub. In it, developers provide step-by-step instructions for constructing the sensor and a build of materials, most of which isn’t difficult to obtain.

The build guide notes that developers of the OpenCTD routinely hear from people who have built and used their own sensors. On Twitter, this community often uses the hashtag “#HackTheOcean” to keep up with ongoing projects.

Top image: Kersey Sturdivant deploying the OpenCTD in an estuary. (Credit: Oceanography for Everyone)