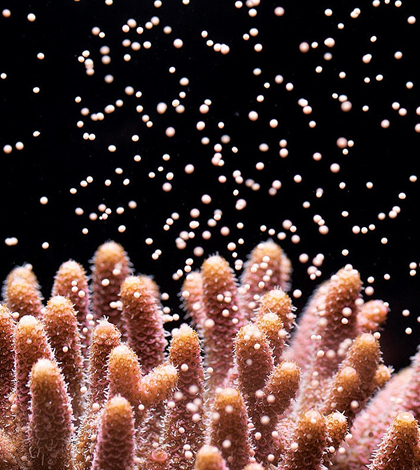 In the face of hopes that corals in one corner of the Pacific Ocean could be transplanted and replenish those in another, research from scientists at Penn State University has found that the coral larvae would likely not survive the trip. Investigators used simulations to back up the prediction.

Researchers used a supercomputer to simulate billions of coral larvae traveling on ocean currents over a 14.5-year period. The simulations showed that even during extreme environmental events that speed ocean currents, like the 1997-1998 El Niño, coral larvae could not survive long enough to make the trip from coral reefs in the western and central Pacific to those in the east.

The study used a state-of-the-art numerical model run on Bristol University’s BlueCrystal supercomputer to track the dispersal of simulated coral larvae from 636 reef locations in the Pacific. The computer enabled the researchers to deal with the very large computational demands required to explicitly test, for the first time, a long-standing theory that El Niño events could promote long-distance dispersal of coral larvae across the Pacific Ocean.

The researchers used the simulations to identify reefs that either are important sources of larvae to other reefs, or are very isolated from such sources and therefore potentially more vulnerable to disturbances. One such area is the Eastern Tropical Pacific, a large area stretching from Baja California in the north to the coastline of Ecuador and the Galapagos Islands in the south.

Coral reefs in this region have been around for thousands of years despite living in particularly hostile environments for reef formation with limited suitable coastline, cool temperatures and frequent disturbances. Eastern Tropical Pacific reefs are sparsely distributed and are also very isolated, both within the region itself and from the more diverse reefs of the central and western Pacific.

Investigators say that their findings can directly help with conservation efforts of corals. Full results of the work are published in the journal Nature Communications.