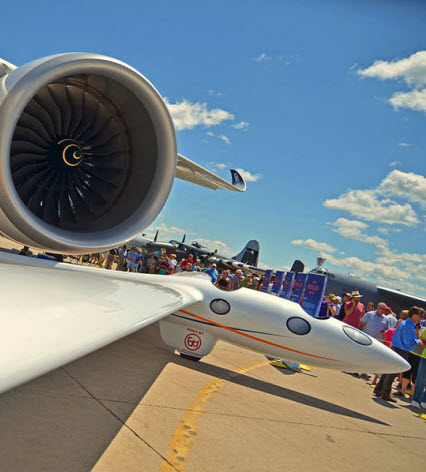 Today, a little before noon eastern standard time, the Perlan 2 glider will be towed to 5,000 feet and released over Redmond, Oregon for a test flight, according to a release. The Airbus Perlan Mission II team is gearing up for a potentially world record-breaking flight 90,000 feet above El Calafate, Argentina in July of 2016.

Today’s Sept. 23 test flight is the result of poor weather conditions causing the original flight on Sept. 16 to be postponed. Finally in May of 2019, the project will culminate in stratospheric exploration up to 100,000 feet above sea level. By this point the glider will need to upgrade to transonic wings that will allow it to approach the speed of sound.

The glider will ride on a unique combination of air currents to lift sensors to the proper elevation to study how the troposphere where we live and the stratosphere above us exchange heat, air masses and various chemicals. This new data will allow scientists to more accurately study global warming and the stratospheric ozone hole.