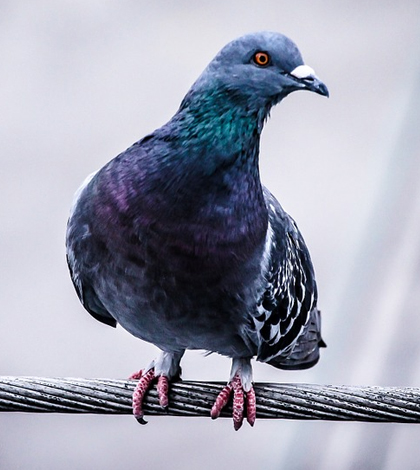 Air pollution is estimated to cause 10,000 early deaths in London each year, according to a report by scientists at King’s College. Yet many residents of the city don’t really think about the issue of poor air quality that much. Still, its prevalence and impacts need to be tracked, something that is difficult in a city of 8 million people.

To help with that, a few creative minds have come up with the Pigeon Air Patrol. They outfitted a group of racing pigeons with air quality sensors to take measurements as they flew around the city for a few days in March.

The thinking behind the idea was to find a way to span London as quickly as possible to obtain the most data. Racing pigeons were a great fit because of their wide patterns of movement as well as low-flying tendencies.

The pigeons were outfitted with velcro-strapped backpacks to carry the sensors monitoring carbon monoxide, nitrogen dioxide and ozone, among other things. The data they collected have been published online at the Pigeon Air Patrol website.