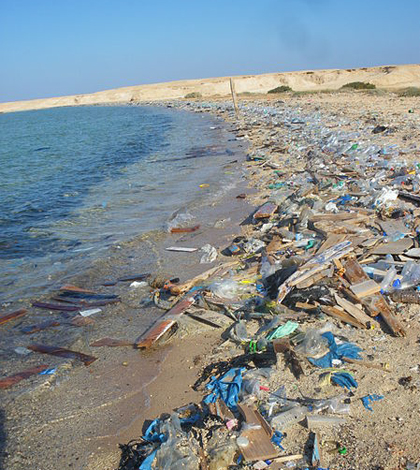 A recent study in Nature, Scientific Reports shows that plastic debris in the ocean is contaminating fish, and may pose a health concern to humans, NPR reported.

Although mercury has long garnered attention for its high prevalence in certain fish, University of California researcher Chelsea Rochman says that plastic pollution is an under-recognized contaminant of fish. Her study indicates that plastic acts as a chemical sponge, transferring organic pollutants into the vital systems of fish that consume the material.

The ocean contains a remarkable amount of discarded plastic — some estimates weighing the yearly discharge as equivalent to 40 aircraft carriers. Five massive trash gyres float about the Indian, Atlantic and Pacific oceans. As the gyres are eroded by wind and water, tiny bits of trash enter the food chain.