Programming Autonomous Vehicles To ‘Think’ On Their Own 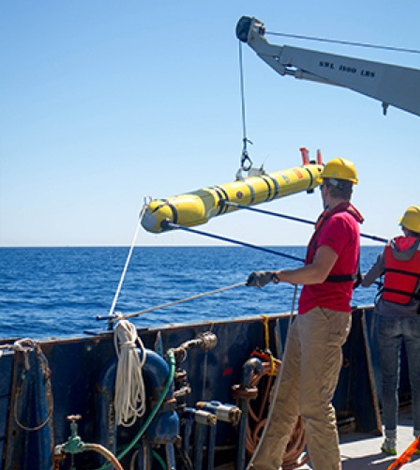 Scientists at the University of Delaware have recently helped with a test showing the programmability of autonomous vehicles, according to a release. The test, completed off an area near the Tongue of the Ocean in the Bahamas, revealed that some of the vehicles can be programmed to complete much more complex missions than they are typically used for today.

In the test, researchers decided to run a modular autonomous underwater vehicle, the REMUS600, through its paces. Instead of just deploying it to float around in an area as in surveys past, the scientists programmed it to “think on its own” and use its acoustic capabilities to detect squid in its surroundings. Once a squid was detected, the vehicle was set to respond by surveying the waters around the ping on a grid-like pattern and transmit its location back to scientists.

By programming the computers onboard the REMUS600 to make decisions, researchers say they were able to collect much more information than they otherwise would have been able to through using typical deployment patterns. This is especially true given the hard-to-predict wave actions and large variation in the movements of marine life forms.

Full results of the test are published in the journal Robotics.