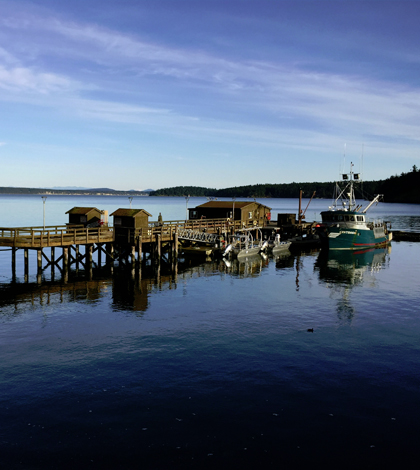 Researchers have found that typical levels of carbon dioxide in Puget Sound’s waters are more than 650 parts per million, according to a release from the University of Washington. The number is higher than the current atmospheric concentration of 400 ppm.

Because of the naturally acidic waters, scientists say that the area may be one of the first pushed too far by carbon dioxide emissions. And those at the University of Washington have set up the Ocean Acidification Environmental Laboratory, established in 2011, to help study the rising acidity.

“People have been going to Friday Harbor Labs to study the biology for 100 years, and they didn’t realize until we started doing these analyses that it would be a good place to try to study adaptation,” said James Murray, professor of oceanography at the University of Washington, in a statement. “The CO2 levels have been high for a long time, so everything that lives up there must be extremely well adapted.”

Scientists say that carbon dioxide emissions from fossil fuel burning can only be blamed for at most 22 percent of Puget Sound’s acidity. The rest is likely due to ocean currents originating off the coast of Mexico that bring acidic water in.