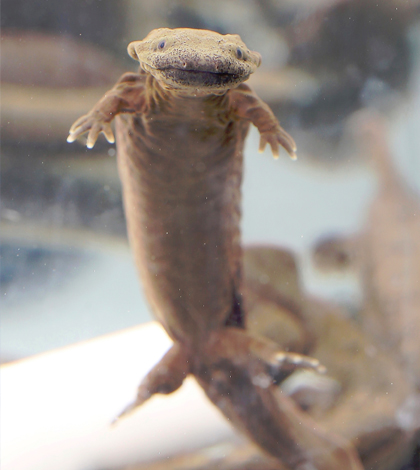 Experts at Purdue University are teaming up with three Indiana zoos to improve the survival odds of year-old hellbender salamanders, according to a release from the school. Hellbenders are North America’s largest salamander and are most vulnerable to predators when they’re young.

The efforts are meant to help stave off declines that have been measured in hellbender populations nationwide. And they may be successful, as hellbenders are different from other animals in that they survive well in captivity.

“Mortality can be as high as 99 percent in the wild,” said Rod Williams, associate professor of wildlife science and leader of the hellbender effort at Purdue. “By rearing them in captivity for three to four years, they will have a much better survival rate.”