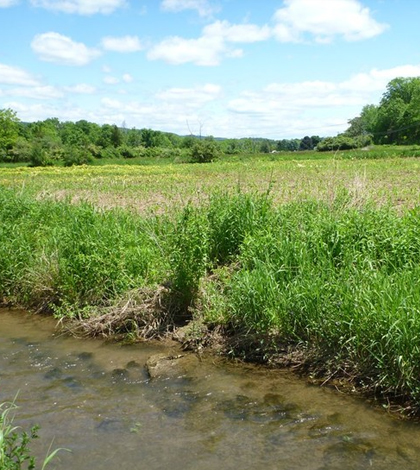 Wetlands are at risk of being degraded or overrun by invasive species. (Credit: Riparia / Penn State)

By tweaking the way that an assessment tool is used, researchers at Penn State University have found that it can reveal wetland quality in a faster but just as accurate way, according to a release. The tool in question is the Floristic Quality Assessment (FQA), commonly used to judge the quality of a wetland, taking into account the health and abundance of its plant species.

Though typical approaches using the FQA rely on a complete list of a wetland’s plant species, Penn State scientists wanted to see if there was a quicker but still reliable way they could fill in that part of the assessment. So instead of a complete list of plants in a wetland, they tried just using a list of the dominant species within.

This approach was applied to 87 of 200 wetlands that are monitored by Riparia, a research effort supported by the university, revealing that this rapid version is just as effective at predicting the quality of a wetland. The researchers later took the findings and used them in creating an online calculation tool that lets anyone monitor the quality of wetlands based on a list of existing flora in an area.

Top image: Wetlands are at risk of being degraded or overrun by invasive species. (Credit: Riparia / Penn State)