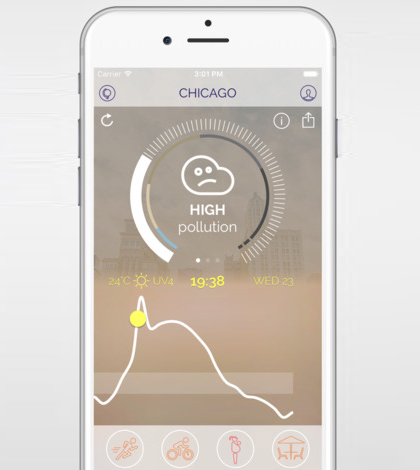 A startup company based in Paris has released a real-time map of air pollution worldwide, according to Grist. The map is based on data gathered from more than 11,000 environmental monitoring stations all over the planet.

Plume Labs, the startup that launched the map, did so at a side event during the 2015 Paris Climate Conference. Those pushing the global air pollution tracker say it could help people to understand the extent of air pollution’s reach and possibly take steps to reduce the amounts that they’re exposed to.

To use the map, visit the online version here. There is also an app version, available both on iOS and Android devices. Both versions of the maps showcase air pollution data from more than 200 metropolitan areas worldwide, at no cost.