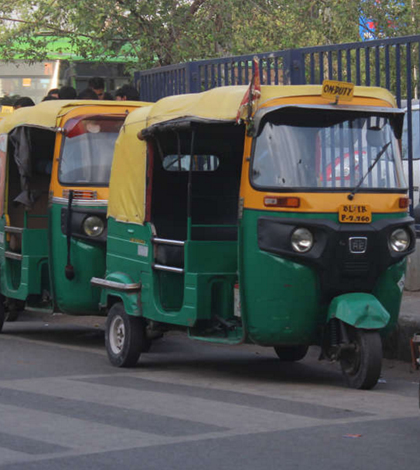 Throughout the months of April and early May, a group of researchers in India studied Delhi air pollution using air quality sensors deployed on rickshaws, car-like machines that carry passengers around the overpopulated city of 24 million morning and night.

The effort, just recently concluded, confirms that the city’s air is in bad shape. That’s not much of a surprise given that the city has been named the World’s Most Polluted City by the World Health Organization. So the data then are important for taking steps toward making that poor air situation a little less dire.

The rickshaw experiment was called Project Peppered Moth. Instead of just taking air quality measurements at one location like typical approaches, the vehicle-deployed sensors let investigators capture air pollution data around the city, in traffic, at street level where many citizens carry out their day-to-day lives.

With all the data gathered, nearly 200,000 data points, project managers are now working to sift through the numbers to glean takeaways. They are also attempting to create useful visualizations.