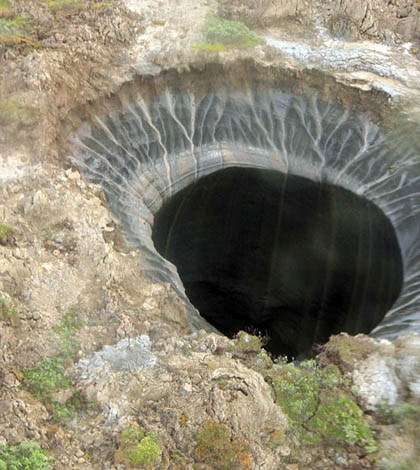 After a large crater opened up in Siberian permafrost, scientists are working to figure out what could have caused the novel geological event, according to Dot Earth. On the scene are researchers with Russia’s Scientific Center of Arctic Research.

So far, they’ve determined that the crater was not formed via an eruption, but through an ejection. Internal processes below the Earth’s surface, possibly through a build-up of pressure, caused the permafrost to eject.

Similar processes, scientists say, are known to have taken place 8,000 years ago in the area. And many lakes that sit on the same peninsula as the crater are believed to have formed through comparable means.