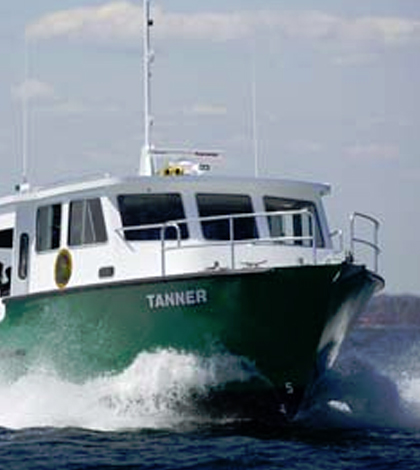 The Michigan Department of Natural Resources has launched a new research vessel to aid Lake Huron fisheries work, according to an article on the department’s website. The new ship, called R/V Tanner, replaces the R/V Chinook which had been used by Great Lakes scientists since 1947.

R/V Tanner bests its predecessor with two engines instead of one, giving it a higher operating range and speed. It is also 7 feet longer, providing space for sampling nets and trawls and a crew of six. The new boat will also be equipped with updated hydroacoustic survey equipment, side scan sonar and a remotely operated vehicle to document fisheries habitat.

The R/V Tanner is named after former agency Director Howard A. Tanner and was built by Andersen Boat Works of Saugatuck, Mich. Construction of the 57-foot, aluminum-hulled vessel began in winter 2015. Its first voyage on Lake Huron took place in late June 2016.