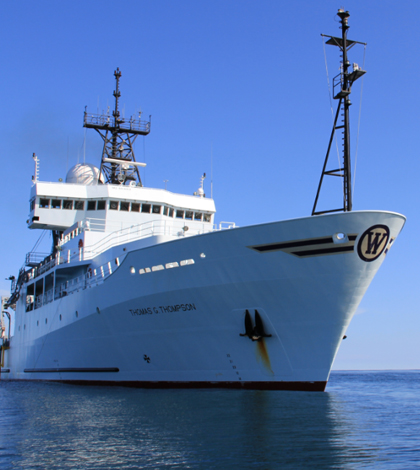 The University of Washington’s R/V Thomas G. Thompson is embarking on its easiest mission yet: a year in protected waters so that it can undergo some upgrades for improved performance. Those include new propulsion systems and engineering upgrades, according to a university release.

The research vessel has been in service for 25 years, during which it has hosted sea-faring expeditions to the deepest ocean trenches and even braved Antarctic storms. Along the way, it’s picked up a few dings here and there that need to be fixed, university officials say.

In addition to the new engines, which should help to make the vessel more environmentally friendly and powerful, the ship is expected to get a new paint job and lifeboat. Winches used to lower instruments into the ocean will also be replaced.

R/V Thomas G. Thompson typically spends more than 260 days a year in open water on trips lasting up to two months. It was originally built in the 1990s.