Salmon coming back to Elwha River 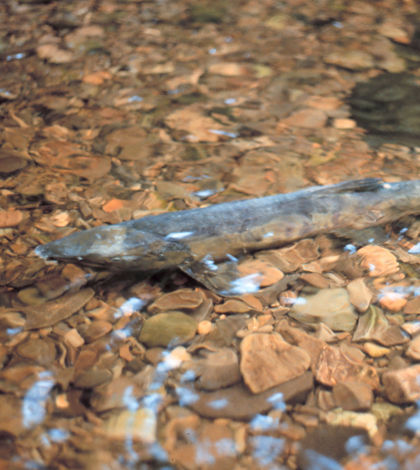 Adult chinook salmon have been spotted eight miles above Elwha River’s former dam site, according to KOMO News. The dam was recently removed and the river’s tributaries closed to fishing.

Last year, following the removal, the first chinook were spotted in the river in 100 years. Now officials say the fish have returned to spawn, and their numbers are being recorded

The spawning fish are about as numerous as last year, officials say, but their numbers are growing by the day. A final count of the chinook is set to be released in November.