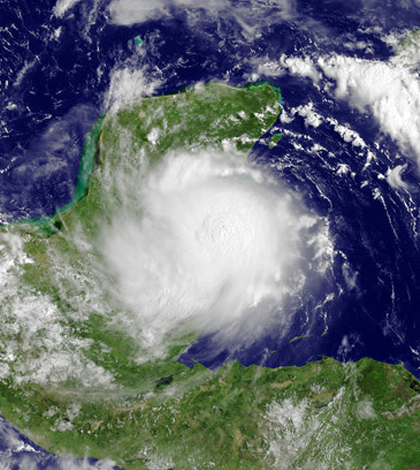 Tracking hurricanes from space using satellites is nothing new. But there are constantly improvements being made to the sensors and other tech deployed on these sophisticated celestial bodies.

For example, researchers at Penn State University are awaiting the launch of a new satellite in October 2016, the GOES-R, that they say could make the data behind efforts to predict hurricanes remotely much more accurate. That’s because the satellite will remove a key constraint of other satellites by constantly monitoring the oceans for many frequencies of brightness temperature.

Collected at high spatial and temporal resolutions, measuring these frequencies will help scientists better predict the intensities of hurricanes. Doing so now is quite difficult because of how hard it is to collect the measurements, typically done by reconnaissance aircraft when hurricanes are within flying distance.