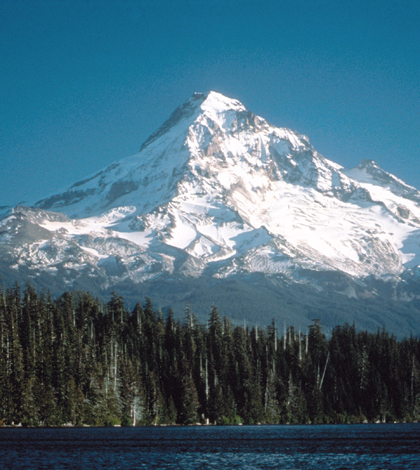 Scientists from two universities in the western U.S. are looking for melted magma as a clue of impending volcanic eruptions, New Scientist reported.

Kari Cooper and Adam Kent of the University of California, Davis and Oregon State University, respectively, took magma samples from around Mount Hood in Oregon. The volcano is regarded as potentially active, though its last eruption occurred 220 years ago.

By looking at radioactive decay of uranium in the magma, the scientists could determine roughly how long the magma has existed above 750 degrees Celsius — the minimum temperature required for igneous rock to melt into magma.

Cooper said that although higher levels of liquid magma under a volcano can indicate increased probability of an eruption, not all volcanoes “melt” in the same manner or at the same rate.