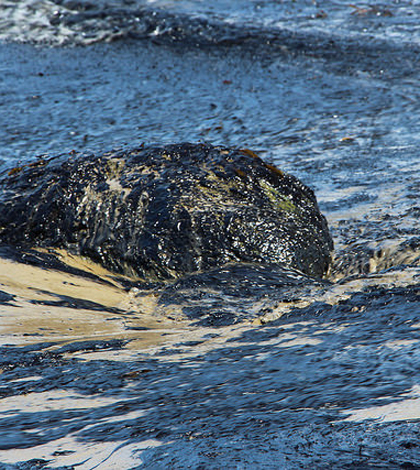 Following the rupture of an oil pipeline north of California’s Refugio State Beach, scientists with the University of California, Santa Barbara, are monitoring its effects, according to a release. The oil spill sent tens of thousands of barrels of crude oil flowing into the ocean.

To study the spill’s plume, scientists with the university are using many tools, including satellite imagery to gauge its size from space and radar to track surface currents and oil movement. They are also gathering water samples in an effort to understand how the oil is weathering over time.

In addition, researchers are surveying sand and beach tar accumulation to measure the oil’s effects on the Refugio area. Part of that work includes observing rocky shoreline sites during low tides and recording what species are present.