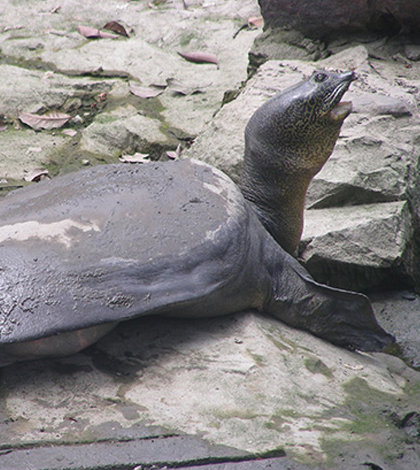 Environmental DNA is a useful tool for the investigation, scientists say, because it allows them to see if an animal is there without having to find it.

“If you are looking for a cougar or some other large animal in a patch of trees, you can hear it and find other signs it is there,” said Caren Goldberg, assistant professor in Washington State’s School of Environment, in a statement. “But I can stand next to a wetland and wonder whether there is an endangered salamander there and not be able to tell for sure.”

Tracking eDNA can solve that problem because researchers only need to collect water samples to see if a Yangtze turtle is there. The samples are then processed through cellulose nitrate filters to separate out bits of DNA and then analyzed in a lab to confirm if the DNA matches up to one of the endangered softshells.