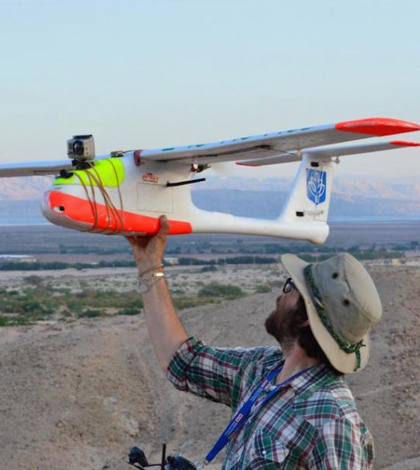 Scientists at Depaul University have been using drones to survey and monitor an ancient burial site near the Fifa region in southern Jordan, according to Medill Reports Chicago. The burial area dates back to the Bronze Age, researchers say.

A lot of the effort focuses on the effects to the landscape, in terms of how it’s changed over time, from looting. The thieves have created a pockmarked area because of all the holes they’ve dug over the years trying to find artifacts to sell.

Some of these include ceramic pots that sell at prices from $50 to $200 in online venues or to dealers on the street. The pots can even sometimes be found on eBay, surveyors say.

All of the information that researchers collect with the drones gets passed on to the country’s Department of Antiquities. Officials with the department, as well as others at local nonprofit agencies, use the findings to inform conservation policies to help preserve the burial grounds.