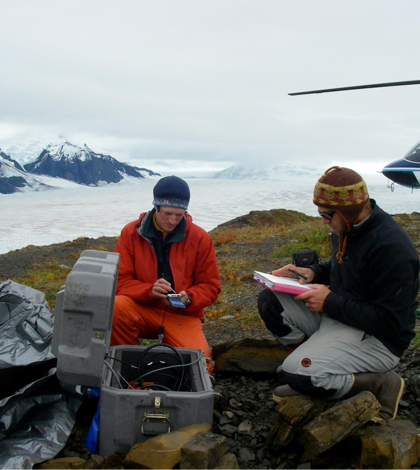 Unlike with landlocked glaciers that have meltwater rivers scientists can study, measuring flows from tidewater glaciers near the sea is much harder, according to a release from the University of Texas. But it is possible, thanks to a newly developed method by researchers at the school.

The method came about after investigations into earthquakes affecting glaciers in Alaska and Greenland that saw scientists employ seismic sensors. They were able to measure the quakes, but were trying to determine what was causing background noises obscuring quake measurements.

Using a process of elimination, scientists surmised that the noises could be caused by water percolating through the glaciers. To test that theory, they compared the seismic signals to data applying to the meltwater rivers of other glaciers and found that their guess made sense.

Findings of the research could help others more accurately measure glacial meltwater flows moving into oceans in the future, scientists say. Full results on the find are published in Geophysical Research Letters.