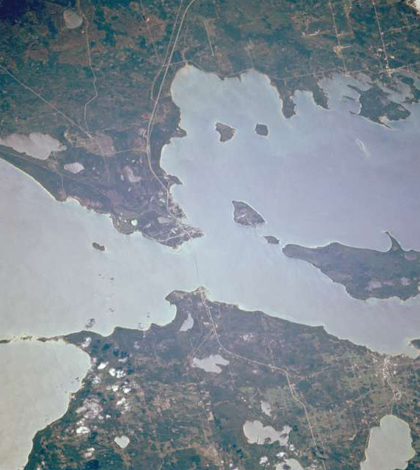 The Straits of Mackinac, home to a 61-year-old oil pipeline, would be the worst place for an oil spill to occur in the Great Lakes, according to a release from the University of Michigan. The effects would be far-reaching and spread quickly, researchers say.

Water current speeds in the Straits can reach as high as a meter per second, and an oil spill could distribute up to 50 miles away in a short amount of time. Within 20 days of a spill, the oil would impact areas throughout Lakes Michigan and Huron.

Simulations were used to predict the effects of the spill, with University of Michigan scientists developing animations to illustrate. They hope those are useful to other researchers trying to understand and prepare for potential disasters.