Stranded: What Dolphins with Pathological Signs of Alzheimer’s Disease Can Tell Us 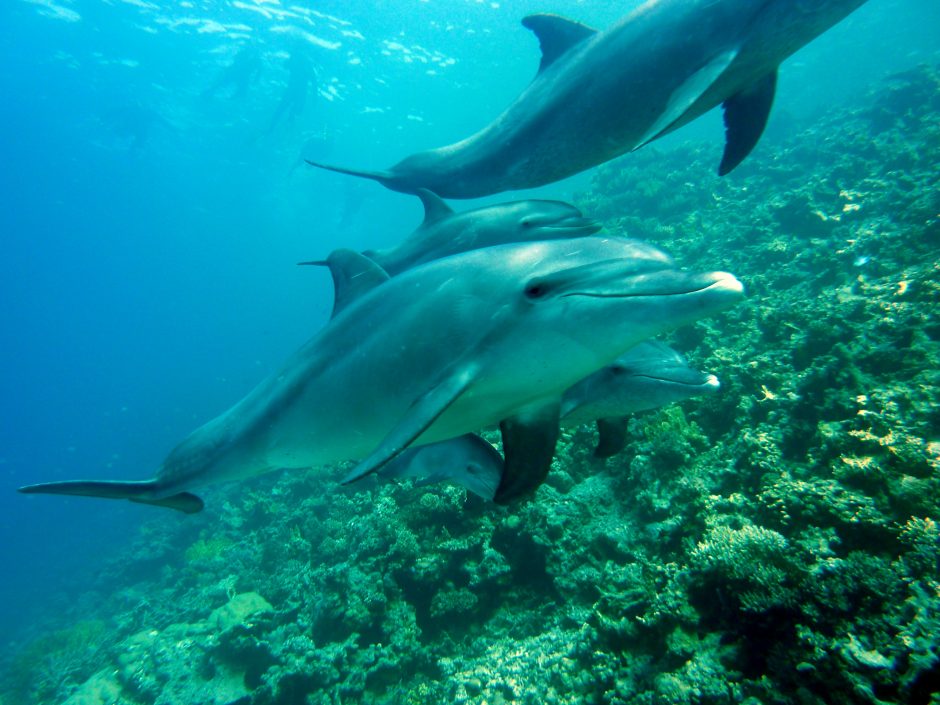 For more than a decade, Maria Carolina Gallego-Iradi has been studying the brains of dolphins off the shores of Spain. Her work in this area began with stranded dolphins—the stragglers of an extremely intelligent species. Humans have historically celebrated many commonalities with dolphins, including the encephalization of their brains. We share that hyperexpanded brain trait with our friends the cetaceans, marine mammals which include not only dolphins, but also whales and porpoises.

Around the world, various cetaceans become stranded every year, often causing scientists to feel concerned about what’s causing the stranding. In particular, human activities that can cause cetaceans to be stranded are alarming, and we have researched why these very intelligent animals have repeatedly been foiled by their natural surroundings.

Stranding is something that’s difficult to parse out, based on populations shrinking, habitats changing, and many other factors. Gallego Iradi comments, “There are many causes for stranding, some of them we know, and others, not yet.”

Factors that may lead to stranding include contamination by heavy metals such as cadmium, mercury, or zinc; contamination by compounds such as DDTs and PCBs; poor water quality; deep water dwellers who cannot detect the shore quickly enough; or even confusion or imbalance caused by changes in the magnetic field of the Earth. Other possible causes of stranding include mutilation from human fishers; damage from predators; parasites and viruses; other traumatic deaths; or interference with echolocation caused by ship sonars.

Gallego Iradi studied data on dolphins stranded on Spanish coasts between 2003 and 2006. In that work, she found that bottlenose, Risso’s, and striped dolphins had all stranded on Spain’s beaches. But the real breakthrough was that all three species exhibited the signs of Alzheimer’s disease (AD) pathology that had previously been thought to be unique to humans: amyloid plaques, which are clusters of proteins; twisted strands of proteins; and the neuronal loss that accompanies AD.

After those initial findings, other researchers began to study a possible link between AD and a failure in insulin signaling, eventually establishing a connection between insulin resistance and metabolic dysfunction in humans and dolphins. Gallego Iradi also proved this connection in her most recent work.

Of course, there are some finer details that might be making life tougher for dolphins with AD—and even their healthy peers. “Dolphins navigate using their own sonar; this is called echolocation,” Gallego Iradi points out. “The dementia of the leader, whatever its cause, could lead to the stranding even of healthy followers. This is just my hypothesis at this point, since it’s very difficult to verify, both because of the difficulty in identifying the leader in a stranding, and also because we would need too many samples to confirm it.”

Still, it’s not hard to imagine following a leader whose brain is offering faulty guidance. This is the rationale behind many mandatory retirement regulations—the recognition that over time, we often miss a step and become more vulnerable to neurodegenerative diseases.

Will we eventually prove that pollution in water and air is causing AD in cetaceans and humans, respectively? Possibly. For now, it’s remarkable to note that we’re sharing the same disease process, and to unravel the causes.