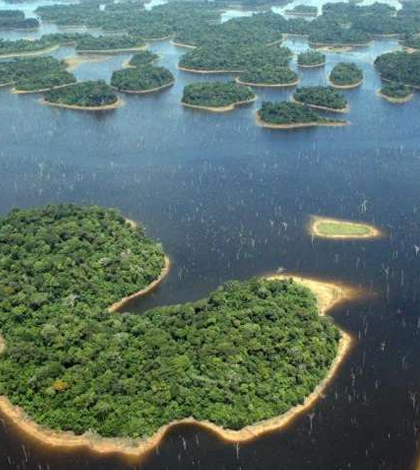 It has been known for some time now that hydroelectric dams cause major shifts in habitats and many species suffer the consequences. A new study continues the conversation by looking at the effects on tropical rainforest biodiversity.

Researchers from the University of East Anglia looked primarily at the islands created by the Amazonian Balbina Dam reservoir and found that there are mass local extinctions of birds, mammals and tortoise populations. The numbers were previously ignored because land animals are often overlooked when thinking about species impacted by dams.

The team looked at 37 Balbina islands and predicted that, overall, there was a local extinction rate of 70 percent of 124,110 species. They believe this is due to the long distances that animals must travel between islands for their resources. Other factors such as high winds and wildfires also devastate the island populations.

Many view hydroelectric as an environmentally friendly source of energy. So plans to continue to install more dams are common across the world. UEA researchers hope that their findings can change these views before more biodiversity is lost.