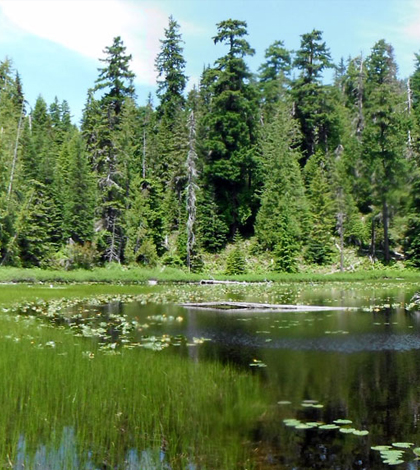 A survey looking at the extent of mercury contamination in western North America has found that the toxic metal is widespread throughout the region, according to a release from the University of Michigan. Sites considered in the effort included numerous lakes and wetlands.

Investigators at the U.S. Geological Survey led the work, called the Western North America Mercury Synthesis, with an eye toward evaluating potential risks from mercury to the health of humans, fish and wildlife. Along with scientists from the university, they combed through hundreds of dated sediment cores gathered from natural lakes in the study area.

The researchers found that mercury accumulation rates in western lake sediments have increased, on average, by four times from 1850 to 2000. And they continue to increase today.

Atmospheric deposition from human activities, especially emissions from coal-fired power plants and artisanal gold-mining operations, is responsible for much of the mercury that ends up in western lake sediments. Other sources they scoured covered industrial and municipal wastewater.

Key findings from the survey include that contamination of methylmercury in birds and fish is fairly common across western North America. Fish and birds in many areas were also found to contain the metal above levels considered toxic to them. Among forests, soils were found to hold more mercury than those in semi-arid environments. But the highest levels of methylmercury in fish were found in the semi-arid regions.

Important factors in the deposition of mercury were urban development, agriculture and wildfires, all of which had a hand in releasing mercury from the landscape and possibly making it available for biological uptake.

Full results of the survey are published in the journal Science of the Total Environment. Funding for the effort was provided by the U.S. Geological Survey, National Park Service and the U.S. Environmental Protection Agency.