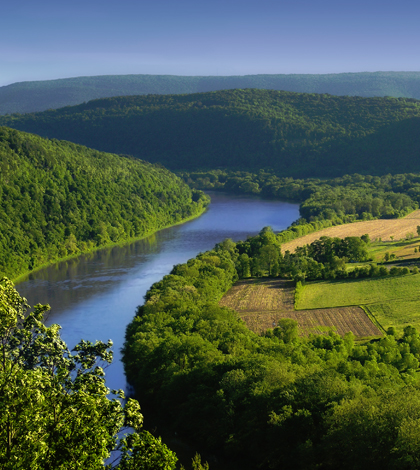 In a recent investigation led by Princeton University scientists, modeling has revealed that changes in rainfall are the most important factor when forecasting Chesapeake Bay algal blooms — not temperatures. The analysis showed the finding held true even if farmers along the Susquehanna River consistently applied the same amount of nitrogen-holding fertilizers.

The model that scientists devised captures the movement of nitrogen through the Susquehanna River and into the bay from its initial application on fields to the support it provides to algae downstream. It combined physics and biochemistry to simulate the importance of different chemicals and included variables covering their movement through soil, water and the atmosphere.

The researchers looked at the effect of wet and dry spells by mixing and matching weather data from the 20th century to simulate possible future climate extremes. They simulated nine climate scenarios based on historical periods of unusually dry or wet years: four dry spells with lengths of one to four years using data from the 1960s; four wet spells of the same length using data from the 1970s; and one year of normal precipitation in 1954. They followed each of the nine wet or dry scenarios with weather from each of the 61 years from 1948 to 2008, creating several hundred total experiments.

Investigators chose to focus on precipitation variability in the simulations because of its effects on the amount of nitrogen fertilizer that runs off into waterways. They were also keen to investigate larger swings between wet and dry conditions that have great influence on nitrogen flux and are likely in a future of climate change.

Results of the work underscore a tendency that many people have to only focus on the warming effects of climate change. But researchers note it’s important not to overlook other impacts it will likely have, including shifts within the world’s precipitation patterns and overall hydrology.

Full findings of the effort are published under open-access license in the journal Geophysical Research Letters.