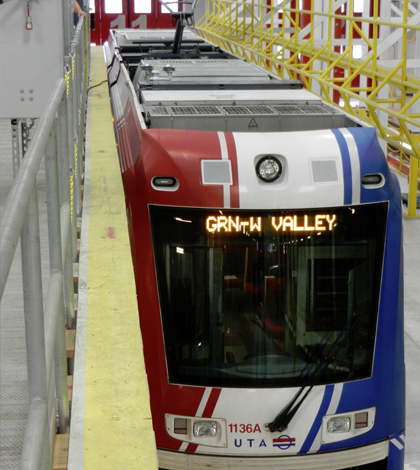 Researchers at the University of Utah are working to measure air pollutants in the Salt Lake Valley, according to the Daily Utah Chronicle. But they’re doing it in a way few others have tried before, by strapping air quality monitors to train and subway cars.

The idea came when researchers looked into what sort of costs would be needed to hire a driver to travel around the valley while transporting sensors. With that expense coming in a little too high, they started testing out prototype devices that could measure greenhouse gas concentrations outside train conductor cabins.

“If you’re studying at the university, you can look downtown when there’s inversion and say the air looks really gross over there, but what is it like (at the university),” said Logan Mitchell, postdoctoral scholar at the University of Utah, to the Daily Utah Chronicle.

The prototypes they developed use Raspberry Pi computers to interface with air quality sensors and then send data back to the lab via a communications modem. Some patterns have started to emerge, researchers say, but the dataset overall is still too small to make conclusions.

“Our goal is not to say we should do this or that,” said Mitchell to the Chronicle. “But to provide the most comprehensive scientific understanding of what is it that’s actually causing the (air quality) problem.”

Top image: Researchers at the University of Utah are attaching air quality sensors to subway cars to get a better look at pollution. (Credit: Logan Mitchell)