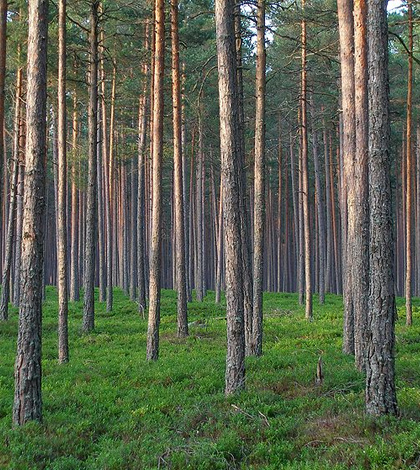 In a predicted future of warmer global temperatures, researchers at the University of Minnesota had guessed that the respiration rates of trees, including some output of carbon dioxide, would increase by broad margins. But in putting the idea to the test, the scientists have found that the increased respiration rates were much lower than they had expected.

To make the find, researchers looked at 10 different tree species, both from boreal and temperate forests, at two forest-research sites in Minnesota. Trees were tracked in two situations — one group kept at ambient temperatures and the other artificially heated to 6 degrees warmer.

In comparing the respiration rates of the two tree groups, scientists noticed peaks in rates for trees artificially heated over short time periods. But for trees that were allowed to acclimate to the warmth, the increased respiration rates only went up by a little bit, translating to a rising output of carbon dioxide by just 5 percent.

The figures that researchers had predicted were about five times the results. They say their findings indicate that trees may be able to easily adjust their respiration rates as needed with temperature change.