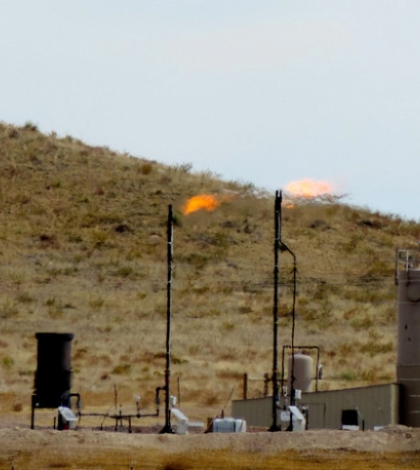 Researchers at Harvard University, using satellite images and observations from Earth’s surface, have found that methane emissions in the United States have increased from 2002 to 2014. During that period, scientists say that the emissions went up by more than 30 percent, according to Grist.

The trend of rising emissions was largest in the central part of the United States, but researchers can’t yet attribute it to any specific type of source. The natural gas industry is suspect, however, as it saw robust growth during that period.

Scientists say that the increase in U.S. methane emissions could make up a large portion of the increase seen globally in the past decade. They estimate the U.S. increase could account for anywhere from 30 to 60 percent of the worldwide rise.

Researchers say that their results underline the fact that more could be done in the United States to reduce emissions of methane, a potent greenhouse gas. Full results of their study are published in the journal Geophysical Research Letters.