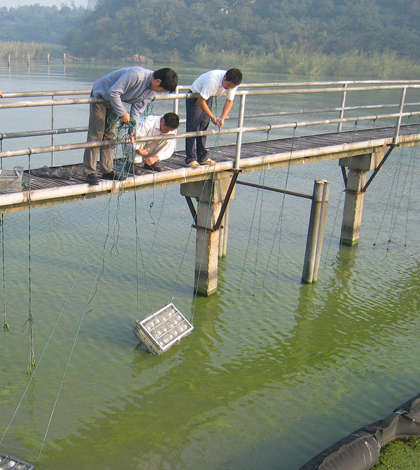 Scientist Hans Pearl, from the University of North Carolina, traveled to China’s Lake Taihu in October to study the lake’s cyanobacteria, or blue-green algae, according to Public Radio East. He led the research trip, which included other researchers, and was funded by the National Science Foundation.

The $2.5 million grant is meant to help learn more about algal blooms and find ways to control the amounts of nutrients that enter water bodies. Lake Taihu has experienced very severe blooms in the past, and Pearl says it’s an ideal studying ground for similar issues seen in American lakes.

The blooms have greatly impacted water bodies in the Great Lakes states, but have been seen in others. In North Carolina, the Neuse and Chowan Rivers were troubled by blooms before nutrient management strategies helped eliminate the algae, Pearl says.