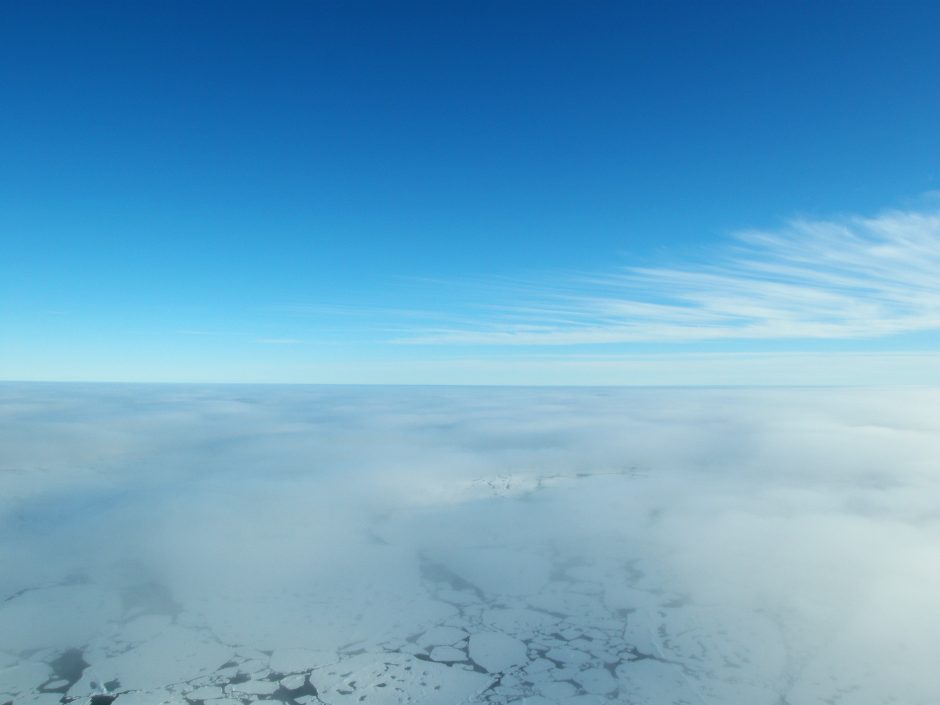 A new study showing that Arctic clouds are sensitive to air pollution could pave the way for mitigating future problems.

“Weather patterns in the Arctic are changing extraordinarily rapidly,” explained Dr. Timothy Garrett, an atmospheric scientist from the University of Utah, which recently completed the study. “We want to understand why so that we better understand their potential impact on lower latitudes where most of us live.”

While scientists know that changes in carbon dioxide levels are the biggest player, they are increasingly realizing that clouds play an important role as well. Prior research has shown that air pollution, also referred to as particulate matter, naturally travels northward. With more particulate matter in the air, clouds in the Arctic change so that they have a greater warming effect on the surface of the ice.

The team, which also included scientists from the University of Lille and the University of Edinburgh, used the GEOS-Chem weather model and data from the National Aeronautics and Space Administration to monitor the impacts of human-caused emissions and biomass burning on Arctic clouds.

“With its database of pollution and meteorology, we were able to use GEOSs-Chem to characterize pollution conditions as a function of meteorology for each location and time in our study of the Arctic,” said Garrett.

The team also used data from a former A-train mission sensor known as the POLDER-3 and Level-2 Collection 6 data set from MODIS. POLDER-3 was located on the PARASOL microsatellite from 2004-2013.

The model made it possible for the team to study air pollution and clouds at the same time and place while also considering meteorological variations. The results showed that Arctic clouds were two-to-eight times more sensitive to industrial air pollution than other clouds at lower latitudes but not sensitive to bio-mass burning like forest fires. According to published results, Arctic clouds are more sensitive to human caused emissions than biomass results at a rate of 100:1. A rare case of forest fire smoke interacting with clouds in the Arctic in July 2012. Contour lines indicate carbon monoxide concentrations in the atmosphere. (Courtesy of: MODIS/NASA.)

Although pollution travels north, it disperses during the journey. Pollution that comes from within the Arctic area will have a stronger effect on the clouds. This presents a clear method for mitigating some of the most harmful pollution.

“It will be important to pay attention to the impacts of industrialization of the Arctic on the climate there,” said Garrett. “particularly as there is increased shipping with melting Arctic sea ice.”

The team is now investigating if pollution impacts whether Arctic clouds are liquid or ice. This may affect how long the clouds last.