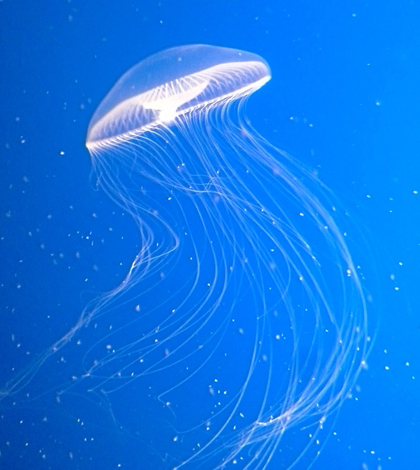 A lot of scientific theories hold that a warming ocean has increased jellyfish blooms around the world. But more observations are needed to confirm whether or not that is actually the case. These observations typically require renting large boats and going out on the water for long periods of time, some things that make it difficult for scientists to do routinely.

To get around this issue, the Monterey Bay Aquarium Research Institute has launched jellywatch.org, a site where citizen scientists can enter data on jellyfish they sight worldwide. According to Treehugger, the jellyfish tracking website, as well as some associated apps it supports, allow average people to track jellyfish from anywhere.

The data collected so far, being managed by scientists at the University of California, Santa Cruz, have the potential to provide outstanding advances in the understanding of ocean acidification’s effects on jellyfish. The revelations aren’t tied to any one species of jellyfish either, as many around the globe are supported by the jellywatch website and apps.