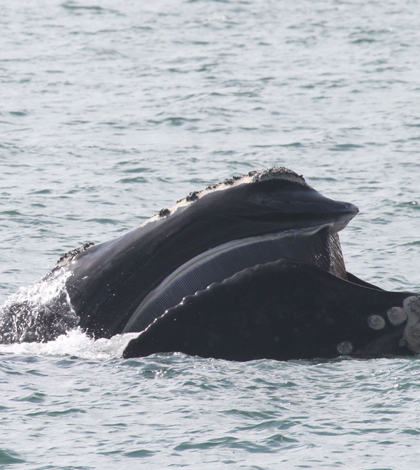 Important marine species on the East and West coasts of the United States face an uncertain future thanks to climate change, say Cornell University scientists. Their list of those under siege includes several species that are important economically as well as those significant for their cultural value.

Some of those threatened include lobsters in the Gulf of Maine. Though they are thriving there at the moment, rising temperatures could lead to disease outbreaks that would dramatically harm their populations. This includes Epizootic Shell Disease that thrives in warmer waters and has been shifting northeastward along New England’s coast more recently.

Fish stocks, specifically cod, are also at risk. Those fish that fare poorly under warmer scenarios are more susceptible to being overfished, the researchers say.

Another at risk is the northern right whale. The whale’s primary food sources, a type of copepod, is abundant in the Gulf of Maine, but a warming Gulf would cause the copepod’s habitat to shift northward. That would force the whales to shift foraging grounds or alter their diets.

Other species at risk along the West Coast include marine mammals, starfish and iconic Chinook salmon. Investigators say the Chinook salmon stock in California is suffering from nutritional stresses associated with warm coastal conditions and could face local extinctions soon if the conditions persist.

There is also evidence that warmer water temperatures during the summer have increased the extent of sea star wasting disease which causes lesions and gnarls on rays of sea stars. Coral reefs, hit by extensive bleaching thanks to the most recent El Niño, are feeling the heat as well.

Full results of the research uncovering effects of warming waters on marine species can be found in Oceanography Magazine.