How Are Waterfowl Affected By Wildfires? 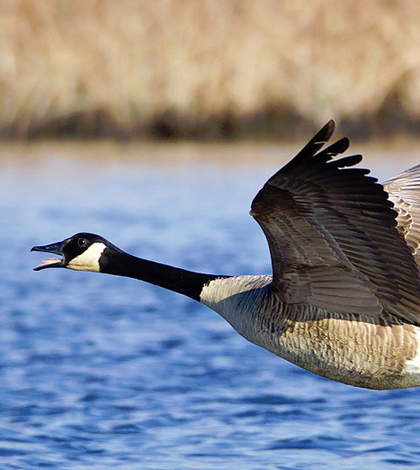 A report from the U.S. Geological Survey (USGS) shows that waterfowl affected by wildfires in the boreal forest of North America are mostly resilient to the conflagrations. Forest fires were found to have no detectable impacts on waterfowl abundance over years or even decades following fires. The extent of the fire, in terms of landscape burned, also had no influence on their breeding abundance from the pre- to post-fire period.

Scientists with the USGS used a dataset spanning 60 years that covered a vast area across North America to provide the in-depth evaluation of fire impacts. The region they examined includes the western boreal forest of North America, which is recognized as an internationally important breeding area for numerous bird species.

Results of the study builds on another report, published in 2014, that dealt with the resilience of a small boreal lake ecosystem in Alaska. That report found that the lake ecosystem was resilient to forest fires as shown through different portions of the food web, from nutrient levels to invertebrates and up to waterfowl.

Investigators at the USGS say that the results of the more recent work represent a positive result for waterfowl in the ecologically important region. This is especially true given a high potential for increasing wildfire frequency in the future.

The western boreal forest is North America’s largest biome, encompassing more than 600 million hectares of largely intact forest that spans from the interior of Alaska through central Canada. Summer temperatures in the boreal forest have increased by at least twice the global average and the rises are linked to increasing frequency and size of wildfires in the region.

Investigators also looked at a number of forest management techniques used to fight wildfires and the effects they may have on waterfowl. These actions, including prescribed burning and targeted suppression, don’t appear to have much impact.