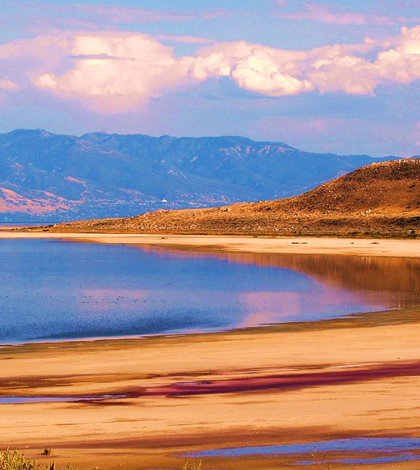 UPDATE: Fondriest Environmental is offering their expertise in conductivity through their new online knowledge base. This resource provides an updated and comprehensive look at conductivity and why it is important to water quality. To learn more, check out: Conductivity, Salinity and TDS.

Why is Conductivity Important?

In addition to its direct effects on aquatic life, salinity also has many other important effects on water chemistry and water density.

How is Conductivity measured?

Salinity is most commonly reported as parts per thousand, or the equivalent term, grams per liter. For instance, seawater has an average salinity of 35 ppt, which is equivalent to adding 35 grams of salt to 1 Liter of water

Conductivity and salinity are both measured by an electric probe on the data logger. This probe measures how much electrical current moves through the water. Salinity is then calculated from this value.

Conductivity is determined by measuring how easily an electrical current flows between two metal plates. These metal plates are called electrodes, and are spaced a specific distance apart. Dissolved salts in solution will be attracted to the plate with the opposite charge. In many probes, a four-electrode cell is used. Two of the electrodes measure the current of the solution, while the other two electrodes maintain a constant current between them and are used as a reference.

The best method to determine salinity is to perform a chemical analysis of the concentrations of different ions in water, such as calcium, sodium, chloride, and carbonate. However, because this method is time-consuming, tedious, and expensive, salinity is estimated from conductivity. Because salts in water conduct current, conductivity will be proportional to the salt concentration. The data logger uses a complex mathematical equation to estimate salinity from conductivity. This equation accounts for the temperature dependence of conductivity.