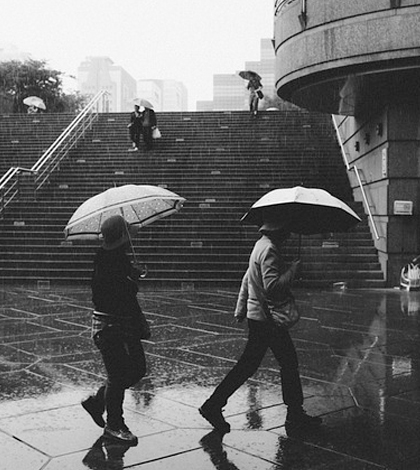 Last February, an unusual rain descended upon parts of the Pacific Northwest, coating affected regions with a milky residue. A team of researchers from Washington State University say that dust from a dry lake bed nearly 500 miles away caused the off-color precipitation, Reuters reported.

Initially believed to be the product of a volcanic eruption in Japan, ash from wildfires or a Nevada dust storm, the source of the rain was clarified when WSU researchers tested its chemical composition and studied wind pattern data from the event.

Testing connected sodium levels in the rainwater samples with saline from a dry lake bed. Further analysis suggested — and eventually proved — that Oregon’s Summer Lake was the source.

The milky rain affected about 200 miles of Oregon and Washington, and mirrored a similar 2008 rainfall event in New Mexico.