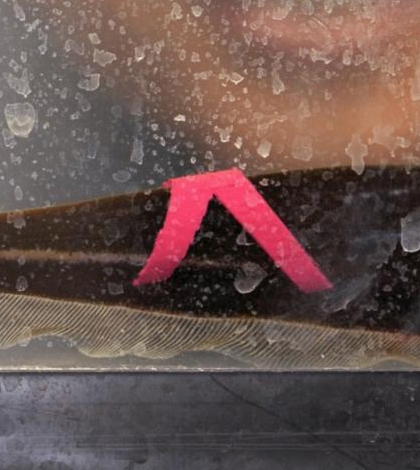 When scientists approach tracking most any land animal, they have plenty of equipment options to choose from. Radio transmitters, acoustic devices, or even cellular and satellite tags can be used to keep watch on the animals from afar. But for fish, it’s a different story.

Sure, there are tags and the likes of clips that can be attached to or inserted into fish to track their movements. But there are way more complex questions that scientists want to answer beyond where the fish go. For that reason, and to aid in work going on there to study the regeneration characteristics of electric fish, researchers at New Mexico State University have developed a 3D-printed “fish backpack.”

“We are calling it a backpack because that’s what it is,” said Graciela Unguez, professor of biology at the university. “It is attached to the fish like a backpack and the fish will be carrying equipment.” There are small holsters in the packs so fish can lug gear around, which can be used to affix many different types of devices.

She has been working with Wei Tang, professor of engineering, and undergraduate students in the mechanical engineering department at the school to make the backpacks using 3D-printing technology. They make sure to use non-conducting materials and model the packs to fit as snugly to fish bodies as they can without damaging skin.

In her lab, the fish wearing them are long-tailed knife fish. The packs are helping her to study different roles that the nervous systems of the fish have on its regeneration abilities with changing stimuli.

“What I’m studying is looking to understand what role the nervous system has on regeneration if we’re removing inputs to the nervous system. Does it come back, what size, or what does it heal?” said Unguez. “So as they’re free swimming, we provide different stimuli. We want to know what impacts the inputs have on regeneration. To us, we cut our finger and it doesn’t come back, but we want to know how they do it and then one day maybe apply it to those animals that cannot.”

Most of that work is being done in her lab at New Mexico State, and the backpacks are performing up to the task. But she says that the packs could also be used for studies out in the wild.

The idea is to continue refining the fish backpack design and then one day publish a paper detailing what worked and what didn’t so that scientists anywhere can use it in their applications.

“I have my specific interests, but I think that having this available, anything that you may want to put on fish, you can. It just becomes an issue of what you want to put on, but that hasn’t even been available (in the past),” said Unguez. The paper would cover different materials they tried, what works, and how the packs changed over the long-term. “Such as does it change its pliability or flex? Then we would do tests in seawater. So we would test different things and then put it out there and people will be creative in using it how they want.”

For example, the fish backpacks could be used to track multiple fish. Or they could be linked to different wireless sensors to study the electric discharges of a community. It really just depends on the researcher’s goals.

“To have the capacity to remotely record and gather data from fish 24/7, that’d be great,” said Unguez.