Abrupt cooling 120,000 years ago in Europe may happen again 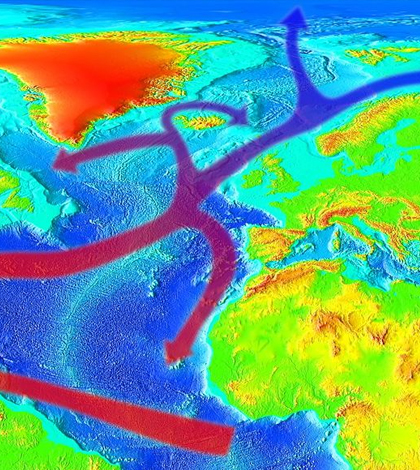 Researchers suspect that a sudden cold wave hit Europe 120,000 years ago may repeat itself, according to a recent press release from Stockholm University. The cooling seemed to be a reaction to high temperatures that immediately preceded it, resulting in a melting of the Greenland Ice Sheet and disruption of the Gulf Stream that may have changed the course of climate in Europe.

Scientists used Finnish plant and insect fossil data from the time as well as Norwegian sea sediment samples to draw their conclusions. Evidence suggested the cooling event followed a period of less North Atlantic deep water formation than typical and a Gulf Stream that didn’t move as far north as usual to warm northern Europe.

After the abrupt cooling, temperatures in Europe were 2-4 Celsius below normal and stayed that way for 500 to 1,000 years. The implication is that after a period of global warming, such as in the current global climate, there may appear a major cooling event that is completely natural, as the warm planet shifts towards rebalancing its climate.