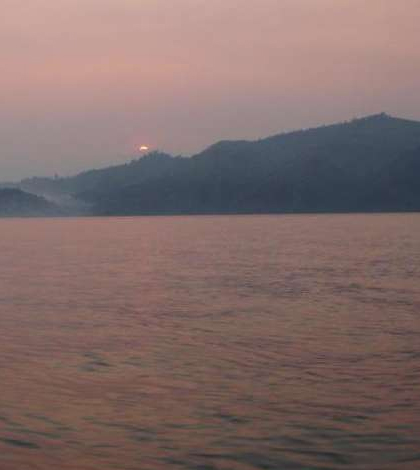 Microbes in Kabuno Bay may give insight on how large iron deposits formed. (Credit: University of British Columbia)

Kabuno Bay, an isolated body of water in East Africa, may hold the key to a mystery billions of years old: How did the Earth’s large iron deposits form? According to University of British Columbia researchers, the answer may be that the large iron deposits were created by millions of tiny iron-metabolizing microbes.

Kabuno Bay is still home to microbes that need iron for their metabolic processes. The microbes seem to be a throwback to a time billions of years ago when chemistry was ruled by the overwhelming amount of iron in Earth’s atmosphere.

It is believed the microbes respired plentiful iron molecules and transformed them into minerals, which were then deposited on the ocean floor over time as a series of iron rich bands. In this way, the microbes determined Earth chemistry for millions of years to come and most likely set the stage for more complex plants and animals to arise in years that followed.

Top image: Microbes in Kabuno Bay may give insight on how large iron deposits formed. (Credit: University of British Columbia)