Ahead of 2017 solar eclipse, students prep monitoring balloons across the country 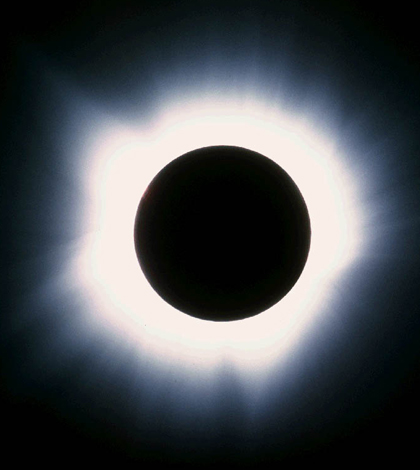 Scientists have never made a four-dimensional measurement of temperature changes occurring in the Earth’s stratosphere during a total solar eclipse. But that will all change in 2017 when thousands of students across the U.S. launch high-altitude balloons to document the moon’s passage between the sun and terra firma.

The gargantuan effort, with Space Grants in some 42 states expected to participate, will track the eclipse as it passes across the continental United States. Balloons will take off from 12 sites stretching from the coast of Oregon to the coast of South Carolina. Cameras attached to the balloons will take images 100,000 feet in the air and beam them to NASA’s website in real time so that anyone can glimpse the phenomenal view from the edge of space.

But students participating in the effort will benefit a little more, as each team gets to design and build their own balloon platform. They must include a satellite communications modem so that those involved, as well as the Federal Aviation Administration, can track where each balloon goes. Cameras are also a requirement, as well as temperature sensors that will chart the stratosphere’s warmth. From there, each team can add a second payload of their choosing, making it possible for some interesting scientific contributions, says Des Jardins.

“So they could be tracking air quality, radiation, taking pictures of the sun or ozone measurements. We want to give as much freedom to each team as possible,” said Des Jardins. “That’s the beauty of the project: Students can get their hands wet in a space-like environment for relatively low cost.”

Many of those secondary measurements align well with ongoing NASA research efforts, and the data will be highly valuable for those looking at changes that occur during solar eclipses – especially because such a large-scale, networked balloon effort has never been done before. Typical balloon launches send up just one balloon, says Des Jardins. This project will launch at least 100. Numerous volunteers, scientists, artists and media teams are working to get the project off the ground. The sheer size of the task has already engaged the public and yielded valuable partnerships that will benefit Space Grant students in the future, says Des Jardins. Expectations for the temperature data are promising, too.

“We’re very interested to look across the eclipse path,” said Des Jardins. Insights on what happens near the center of the eclipse and its edges will be very useful. “But we need data that’s not in the path as well. Since this hasn’t been done before, we don’t know all the unanswered questions.”