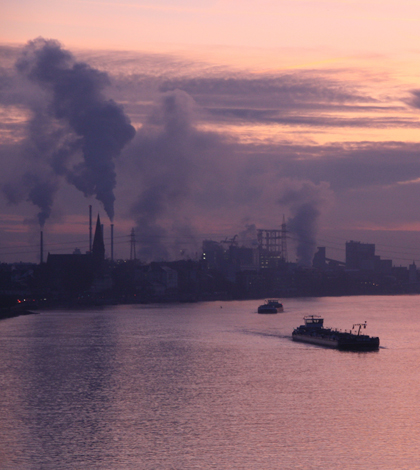 All over the globe, air pollution kills millions, according to an Associated Press report on an international study. Unexpectedly, the most important source of air pollution in many cases was found to be farms.

Animal waste and fertilizer from farms form ammonia, which then combines with sulfates from factories and car exhaust nitrates to create harmful soot particles. China, India and Pakistan are the countries with the three largest numbers of air pollution-related deaths in the world, but the U.S. is nevertheless a top contender, coming in at 7th place, the study showed.

Computer models and health statistics were used to form conclusions for the study. Most of the air pollution-related deaths were found to be from heart attacks and strokes. Another surprising find from the data was that air pollution caused more deaths than HIV and malaria combined.

While agricultural emissions continue to increase, they remain unregulated. If no action is taken to curb current emissions, air pollution-related deaths may double, the study’s findings suggest.