Alabama looks to radio tags to track tarpon and redfish 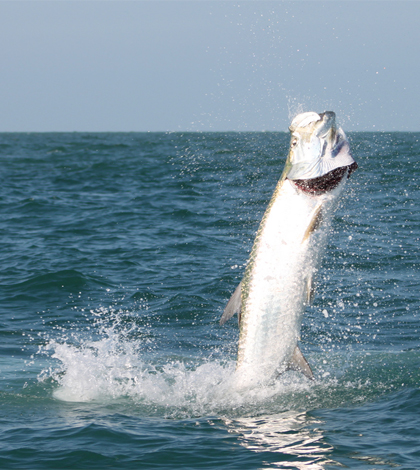 The state of Alabama is in the process of securing funding for a tagging program to study tarpon and red drum fish, according to AL.com. The radio tags should make it easier to track the fish by emitting unique signals.

The signals will be picked up by receivers placed around the Fowl River estuary, helping scientists track their movements and pinpoint migration patterns. The study should add to other discoveries that indicate the fish are spending winter seasons closer to the northern Gulf Coast than previously thought.

Local fishermen have benefited from recent migrations, saying their catches have grown larger, but low oxygen levels are trimming the gains. Fish kills have become more common and experts say their occurrence is another sign of the stresses being sustained by the Fowl River ecosystem.

Image: A hooked tarpon jumps from the water (Credit: Florida Fish and Wildlife, via Flickr)