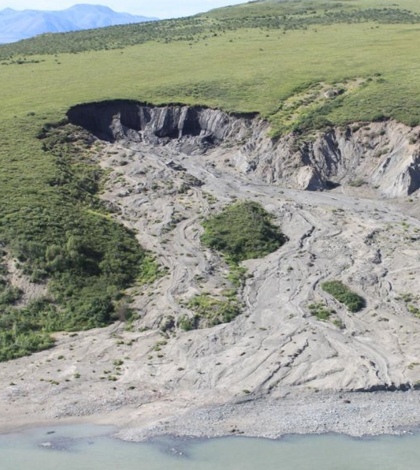 While there is much debate about how quickly North Slope permafrost will thaw, what is not under debate is that the permafrost is thawing.

According to a release from the University of Alaska at Fairbanks, permafrost temperatures continue to increase rapidly. Whereas the average temperature in 1988 was just 17.6 degrees Fahrenheit, it was 28.5 by 2015. It is expected to reach 32 degrees in at least some places, at which point it will melt.

Projections of future permafrost behavior were obtained by plugging in several types of data plus on-the-ground observations into the Geophysical Institute Permafrost Laboratory model, which attempts to express climate and surface disturbance effects. Two possible scenarios emerged: If moderate decreases in carbon dioxide occur, a leveling-off effect will occur around 2050, remaining steady until the end of the century. If carbon dioxide continues to increase, more than half the North Slope’s permafrost will thaw by 2100.

The warming permafrost will have consequences, from adding carbon to the atmosphere to destabilizing infrastructure designed for permafrost at much colder temperatures. The thawing could also significantly change area ecosystems.