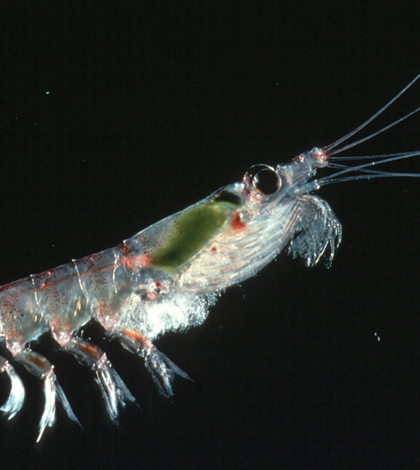 Krill play an essential role in the food chain of the Southern Ocean. They are the primary food source for many species of whale, seals, penguins and fish.

However, recent statistical models projected temperature increases in the Weddell Sea, Scotia Sea and Southern Drake Passage could reduce the krill population by as much as 55 percent in some areas.