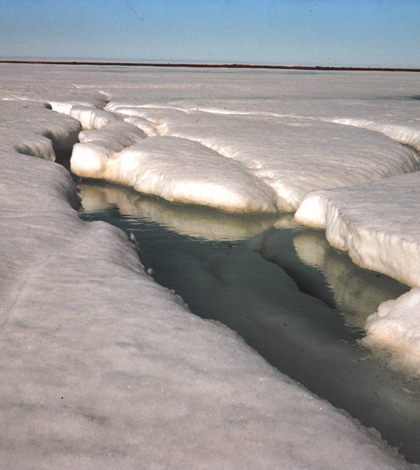 New research led by scientists at the University of Colorado’s Cooperative Institute for Research in Environmental Sciences has shown that melting sea ice in the Arctic from global warming could have serious impacts on future atmospheric circulation and weather patterns, National Geographic has reported.

The study was based on two 30-year climate model simulations that measured how an increase in open water might affect the Earth’s atmosphere.

The data showed that the most dramatic changes in atmospheric circulation occurred during fall and winter, which are the seasons after the Arctic’s greatest annual ice loss.

Researchers believe that future ice loss could lead to a weaker jet stream that would result in weather systems moving slower and more cases of extreme weather.