Arsenic in Drinking Water: A Tale of Public and Private Water Sources, and Regulation 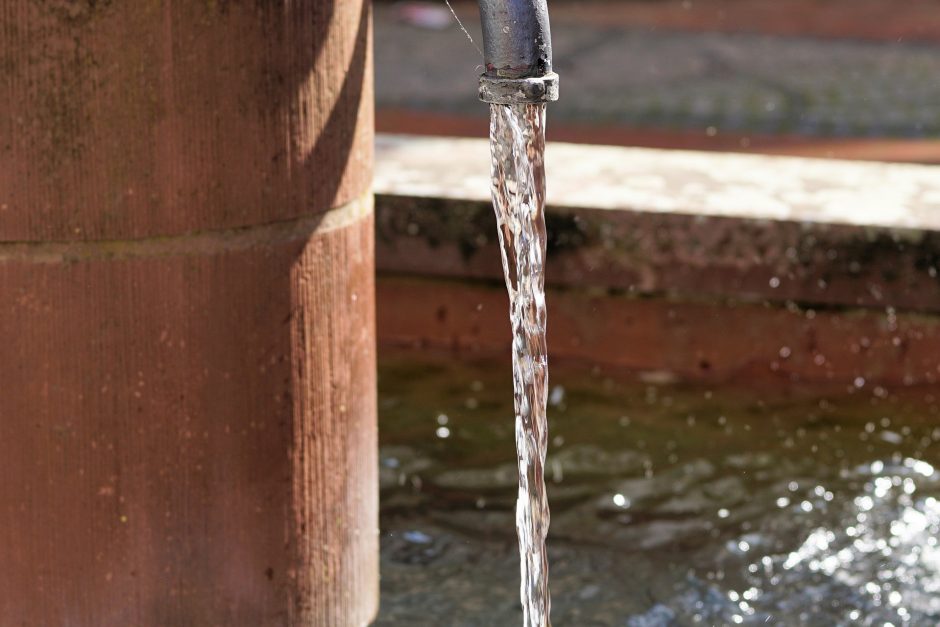 In recent months, a maelstrom of change has been rippling through many federal agencies, particularly those tasked with regulations connected to environmental science. Naturally, the Environmental Protection Agency (EPA) is no exception, and may be one of the agencies seeing the most change.

The idea in play appears to be the deregulation is going to achieve better outcomes for America and for citizens. However, recent research on arsenic in drinking water suggests otherwise, providing a crystalline example of how vitally important the work and regulations of the EPA really are.

The history of the EPA’s “Arsenic Rule”

Arsenic, even in small amounts such as those naturally present in many sources of drinking water, has long been linked to increased risks of bladder, lung and skin cancer. The U.S. government first formally recognized and regulated against this risk in the 1940s through the U.S. Public Health Service. The EPA was founded in 1970, and in 1975, the agency adopted the same standard for arsenic set by the U.S. Public Health Service: a limit of 50 µg/L of arsenic in drinking water.

This limit was never intended to be a permanent standard. Rather, it was a placeholder, intended to maintain a base level of safety as scientists gathered more data on the health risks posed by arsenic in drinking water. They did just that over the next few decades, amassing hard evidence of the risks of cancer caused by exposure to and consumption of arsenic, and in 2001 the EPA finalized the new rule: a limit of 10 µg/L arsenic in drinking water.

This was when the debate on affordability began. Note this well: there was never any debate that arsenic causes cancer, or that the standard set would save lives. Instead, although the EPA found that all system sizes should find the “Arsenic Rule” affordable, many disagreed with both the methodology and the conclusion of the EPA. For example, Jones and Joy (2006) found that some very small tribal communities in Arizona would not receive a proportionate benefit from the regulation and could not afford to comply with it.

Small wells with naturally occurring arsenic are common throughout most of the state of Arizona. In fact, arsenic in drinking water is a problem throughout most of the Southwest, as it occurs naturally in relatively high levels. Public drinking water from sources in Albuquerque, Las Vegas, Los Angeles, Scottsdale, Tucson and the metropolitan Phoenix area is plagued by this issue.

The EPA responded to the complaints about cost by creating new affordability tactics, and with the issue still in flux, the 2001 law went into effect in 2006. In 2014, another period of “regulatory determinations” by the EPA considered more of the listed contaminants listed from the third Contaminant Candidate List, including arsenic, in its ongoing efforts to cope with the affordability issue.

However, small private wells in the U.S. have never been regulated by the EPA. Therefore, they do not have to meet the standard set by the Arsenic Rule, or other EPA standards. In some cases, they need to meet state standards, but this varies from place to place. Over 15 million households in the US—that’s about 45.5 million Americans, about 15 percent—depend on these private water wells for their drinking water. Because of this contrast, the differences between public water sources and private wells offer a high level of insight into the effectiveness of EPA water regulations, not to mention potential public health risks for millions of Americans.

EPA regulations have caused a decline in arsenic in drinking water

Recent research from a team at the Mailman School of Public Health of Columbia University confirms that the 2006 rule reduced exposure to arsenic in drinking water significantly among Americans using public water systems. Compliance with the Arsenic Rule led to a 17 percent drop in levels of urinary arsenic. Based on the available research, the team states that this decline is equivalent to preventing more than 200 cases of bladder and lung disease annually.

“We used data from NHANES, which is a national survey conducted by the Centers for Disease Control and Prevention (CDC), to assess the health, nutritional, and environmental status of the non-institutionalized, civilian population of the U.S. NHANES measures arsenic in urine using highly sensitive methods based on inductively coupled plasma mass spectrometry. We used regression techniques to remove other sources of arsenic exposure use as diet and smoking to try to isolate the arsenic in the urine that would be reflecting water arsenic.”

The team also wanted to focus on the source of the water so they could compare water quality in terms of presence of arsenic in public versus private sources.

The Mailman team came up with their numbers by comparing data from 14,127 participants in the 2003-2014 National Health and Nutrition Examination Survey. The participants tested for the principal metabolite of inorganic arsenic in humans: dimethylarsinate. A random sample of those who were six years of age or older also provided urine samples which were tested for arsenic.

After adjustment for other arsenic sources such as smoking and diet, data analysis showed the 17 percent reduction among public water users. The reduction itself was from 3.01 μg/L of arsenic between 2003 and 2004 to 2.49 μg/L of arsenic between 2013 and 2014. Notably, the team only saw the decrease after the 2009 to 2010 data year, which is consistent with the timeframe for EPA regulatory compliance, which takes time for testing and water treatment into account.

No such change was recorded among private well users, placing what the Mailman School authors estimate to be 1.7 million Americans at risk for arsenic exposure.

Fixing the problem for private users

The Mailman School team also found that levels of arsenic in private wells vary significantly across the U.S.—and that cost of testing and treating is still a roadblock for many. The price tag attached to treatment of contaminated water, in particular, is leaving private well-water users vulnerable, inadequately protected against exposure to arsenic. The problem is especially acute for Americans of lower socio-economic status.

This is in line with the findings from another recent study conducted by the U.S. Geological Survey (USGS) and the CDC. The research was a kind of corollary to the Mailman work, focusing on presence of arsenic in private wells. The team from that study estimates that an even higher number of Americans—about 2 million—may be exposed to high levels of arsenic occurring naturally in their water.

Hans Plugge, a Senior Toxicologist with 3E Company in Bethesda, Maryland, and a member of the American Chemical Society (ACS), who was not affiliated with either study, comments on the problem of naturally occurring arsenic in water.

“A lot of natural factors can cause high arsenic levels. Some of them are very localized, so side by side wells may only have one affected, especially with differences in well construction. So just because your neighbor’s arsenic level is high, doesn’t mean yours will be.”

The USGS/CDC team mapped arsenic levels in well water by developing a model using existing arsenic data from wells across the US. They modified the model with factors that affect concentrations of arsenic, including aquifer chemistry, geology, and regional rainfall. The model identified probable arsenic hotspots where wells were likely to exceed the EPA’s maximum level. Hotspots were mostly centered in New England, the Southwest, a portion of the upper Midwest, and southern Texas. Based on these results, the authors of the study estimate that about 2.1 million people rely on the affected wells, and that many of them might not be aware of the danger. The team recommends that all owners of private wells test for arsenic.

Mr. Plugge points out that testing itself is not as costly by itself, and should be in reach for many well owners.

“Testing always should be done, especially in the areas that trend yellow/red on the map. A full metal/mineral analysis (you need to know the latter to design the right water treatment system) is pretty simple: you take the sample, following instructions, and send it off to a lab. It costs about $75 for metals and $45 for mineral testing. Arsenic alone is $25.”

“Treatment is not so easy and cheap. Depending on the water hardness and other factors like minerality, different treatment systems can be designed; some may be point of use, others whole house. Water filters are as low as $60 per filter cartridge, up to thousands for fancy treatment systems. I’m not sure how long a $60 filter would last or if it would be ‘efficient.’ You keep testing until you get the arsenic level below 10 ppb or µg/L.”

The work in both studies confirms that the EPA regulation is having a measurable impact on public health, even if it’s not totally clear how strong the effect is. Could the Arsenic Rule be in jeopardy now, given all of the ongoing changes the EPA is experiencing? Nigra and Navas-Acien emphasize the need to maintain efforts to keep water safe, regardless of political trends.

Given that efforts to assist families in testing and treating contaminated water should continue at both the state and federal levels, how specifically should these kinds of initiatives look? Nigra and Navas-Acien provide one example of a successful way to address this issue.

“A good example is the State of New Jersey, which has introduced legislation to require arsenic monitoring in drinking water in each real state transaction as well as provide interest-free loans to help families install drinking water treatment systems in their homes. Other states could introduce similar legislation. The Federal government could also prepare additional legislation to monitor and protect families that are currently served by water that is contaminated with arsenic and other chemicals due to the lack of current regulation for private wells.”